There’s a lesson you learn on a farm, especially a “dry land” farm.

I grew up on a farm where we were almost completely at the mercy of God for each year’s crops.

All this is to say, when we got a good crop, and the weather held well enough to finish getting it out of the field and to the grain elevator, we breathed a collective sigh of relief and said a prayer of thanks to God for once again providing. 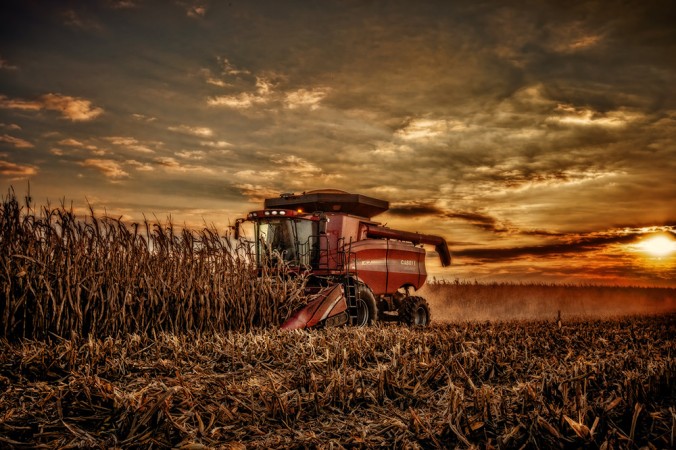 My dad has been farming for about the past 40 years. Like the Israelites wandering in the wilderness, over that 40 years he has seen the Lord provide. Some years, it was juuuust enough to be able to farm again the next year; other years, it was a more abundant crop. But the Lord has provided.

Over the course of my lifetime (almost 40 years now), I have seen my father’s faith grow. Still, there are those times of angst and worry over weather, markets, and variables that are both controllable and uncontrollable. It’s not a perfect faith, but it is a faith that has been forged and refined over time. One of my brothers farms now, too, and I see the same happening in him.

It’s hard to teach faith the same way when paychecks come every two weeks or twice a month in regular, set amounts. But whatever our careers, we all have to learn this faith over time in our own ways.

It’s helpful when you’ve known the “lean” times. The Pilgrims were able to give thanks for a bountiful harvest because – as the story goes – they had previously known the food ration of 5 kernels of corn a day. Most elderly couples you talk to had their lean times; the interesting thing is, when they look back, they also remember those times as some of the simple but happy times of their lives.

For us, one of the times was when we lived in a one-bedroom apartment my last year of seminary. The single-pane windows did a worthless job of keeping the cold out, and we literally had about a foot of counter space in the kitchen. But that little apartment was regularly full of the laughter of good friends.

What are your times? And how has your faith grown over the years? Remembering these things can also keep us from forgetting the absolute blessings that exist in our lives.

One thought on “Cultivating Thankfulness”